The National Translation Award is awarded annually in poetry and in prose to literary translators who have made an outstanding contribution to literature in English by masterfully recreating the artistic force of a book of consummate quality. The NTA is the oldest prize for a work of literary translation in English, and the only one to include an evaluation of the source language text. 2018 is the fourth year in which the NTA is awarded separately in poetry and prose. Submissions for the National Translation Award in Prose are being accepted until April 16, 2018.

We are delighted to present this year’s National Translation Award in Poetry judges, Kareem James Abu-Zeid, Jennifer Feeley, and Sawako Nakayasu! Learn more about them below:

Kareem James Abu-Zeid is a translator, editor, writer, and scholar. As a translator of Arabic literature, he seeks to introduce the writings of poets and novelists from across the Arab world to a broader international audience. He was awarded PEN Center USA’s 2017 Translation Prize and a 2018 NEA Grant, and has received residencies from the Banff Center and the Lannan Foundation, as well as a Fulbright Fellowship. He holds a PhD in Comparative Literature from UC Berkeley, and also works as a translator from French and German, and as a ghostwriter. 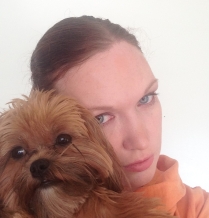 Jennifer Feeley is the translator of Not Written Words: Selected Poetry of Xi Xi (Zephyr and MCCM Creations, 2016), which is the recipient of the 2017 Lucien Stryk Asian Translation Prize and a 2017 Hong Kong Publishing Biennial Award, in addition to being longlisted for the National Translation Award in Poetry and named one of the most notable translated books of 2016 by World Literature Today. Her translations from the Chinese have appeared in numerous journals and collections, including Field, Epiphany, Tinfish, Cha, Chinese Writers on Writing, and We Agree on Nothing: New Writing from China, among others.

Sawako Nakayasu is a transnational poet and translator who has lived in Japan, France, China, and the US. Her books include The Ants and Texture Notes, and recent translations include The Collected Poems of Chika Sagawa, and Costume en Face – a handwritten notebook of Tatsumi Hijikata’s dance notations. She is co-editor, with Lisa Samuels, of A Transpacific Poetics, a gathering of poetry and poetics engaging transpacific imaginaries. She teaches at Brown University. http://www.sawakonakayasu.net/